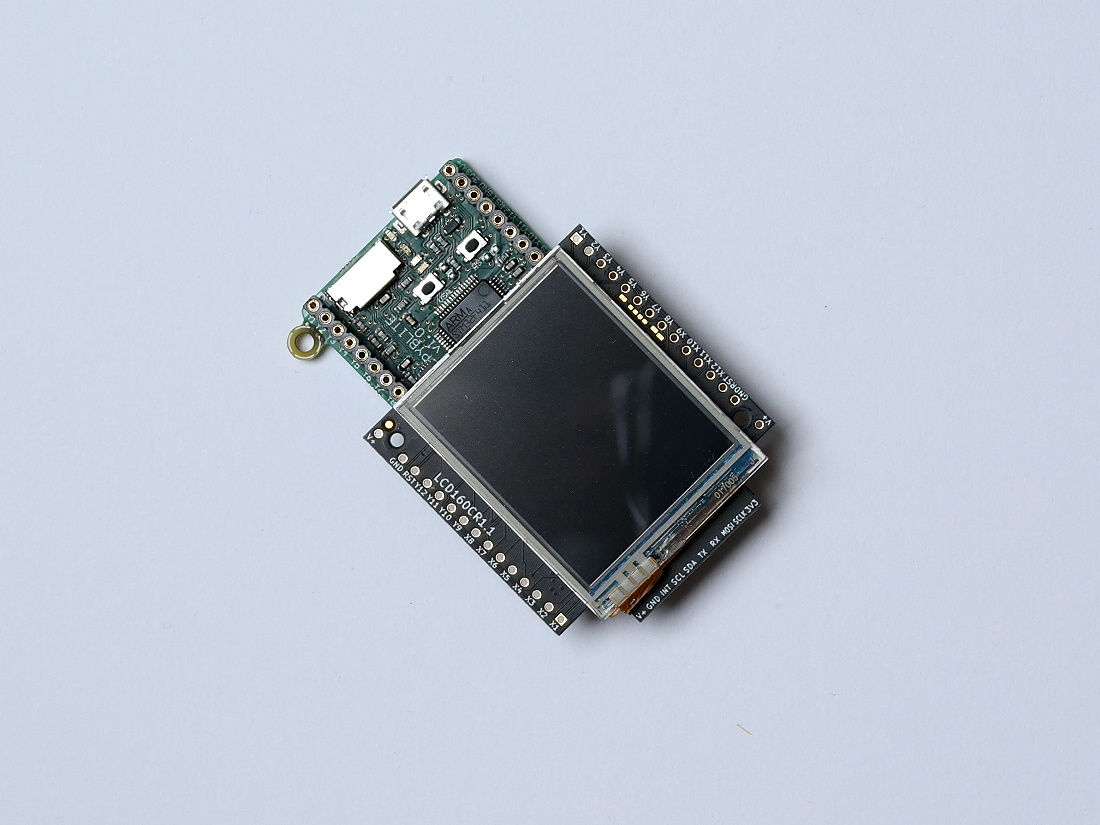 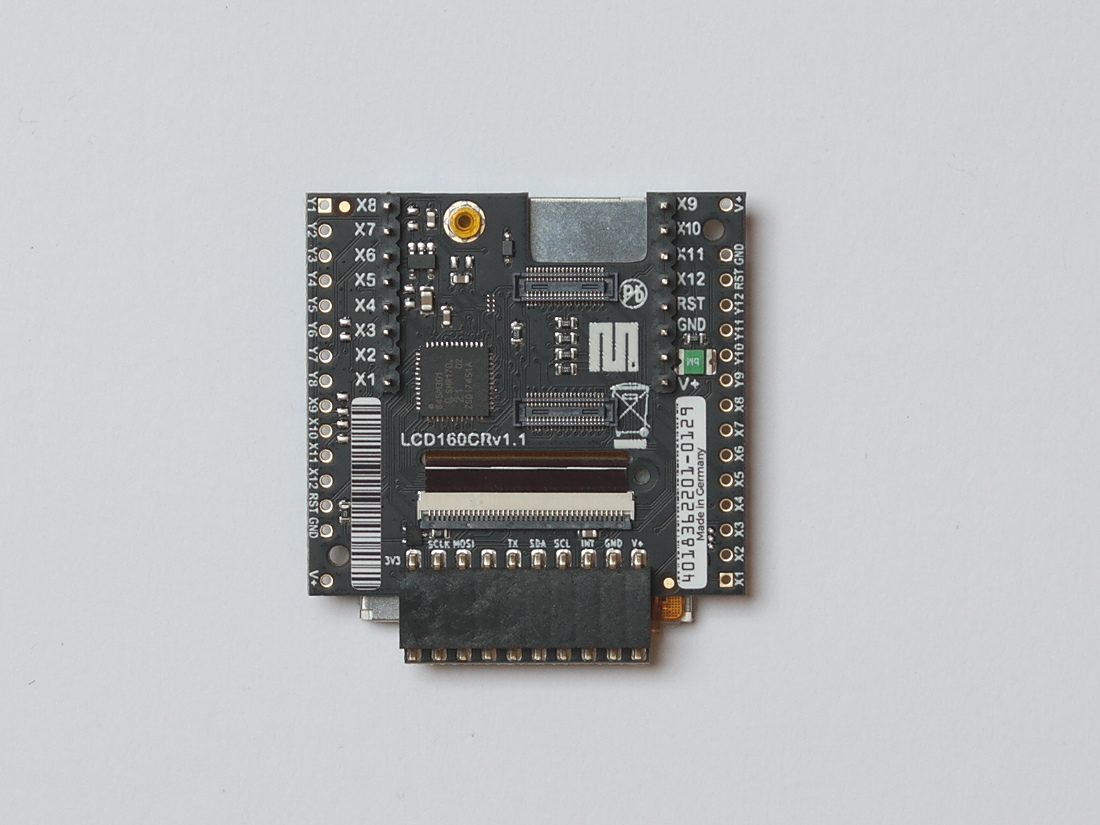 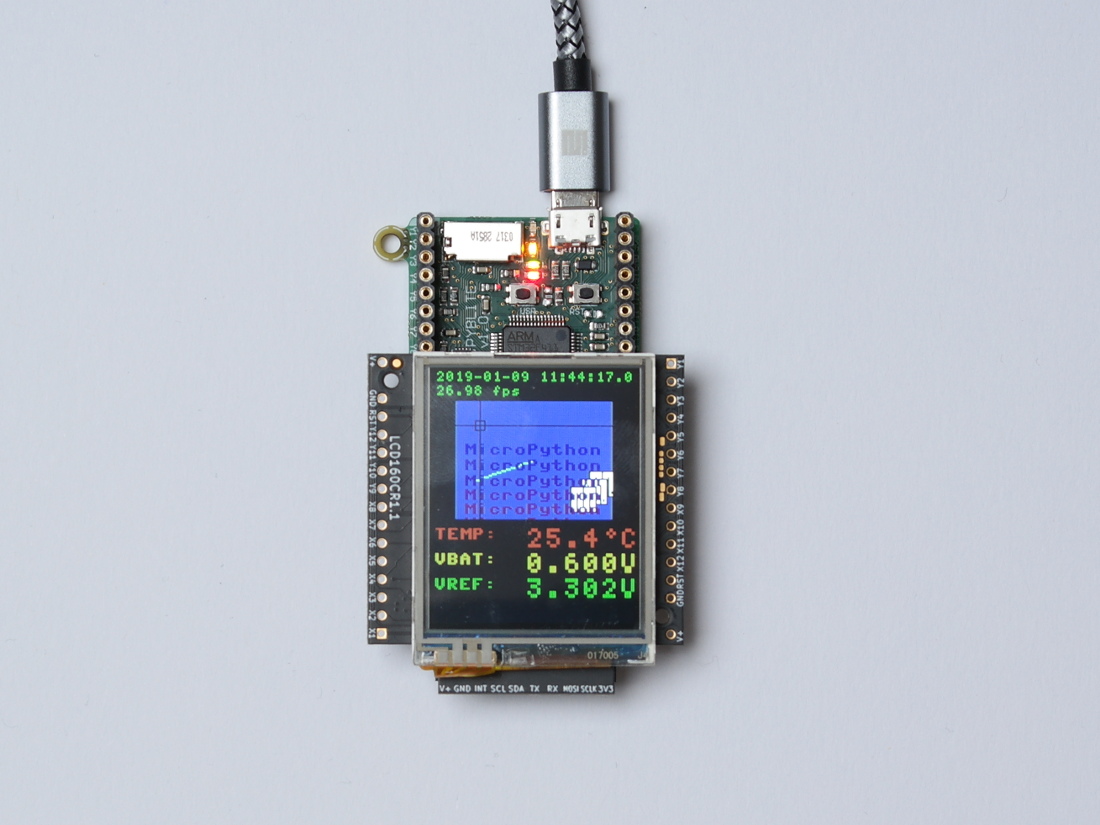 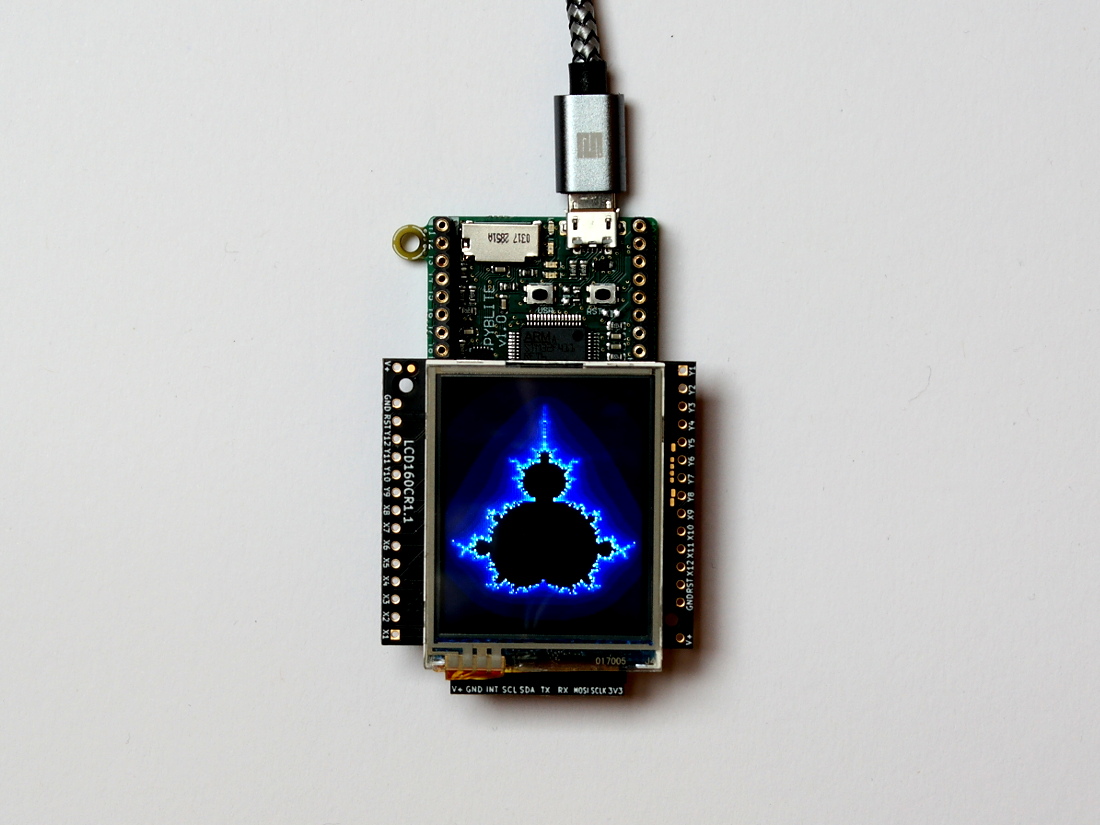 The colour LCD skin is a module that fits right onto the pyboard. It provides a 160x128 pixel, 16-bit graphical LCD display with backlight, as well as a resistive touch sensor covering the entire screen.