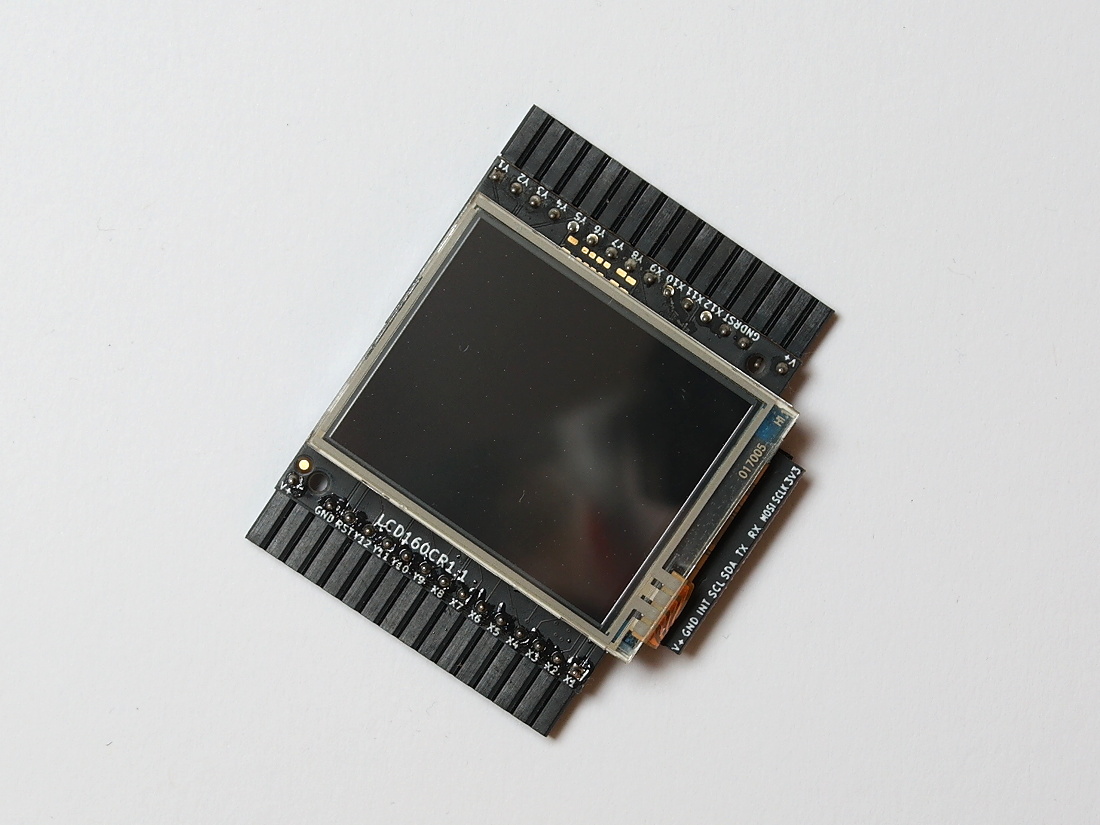 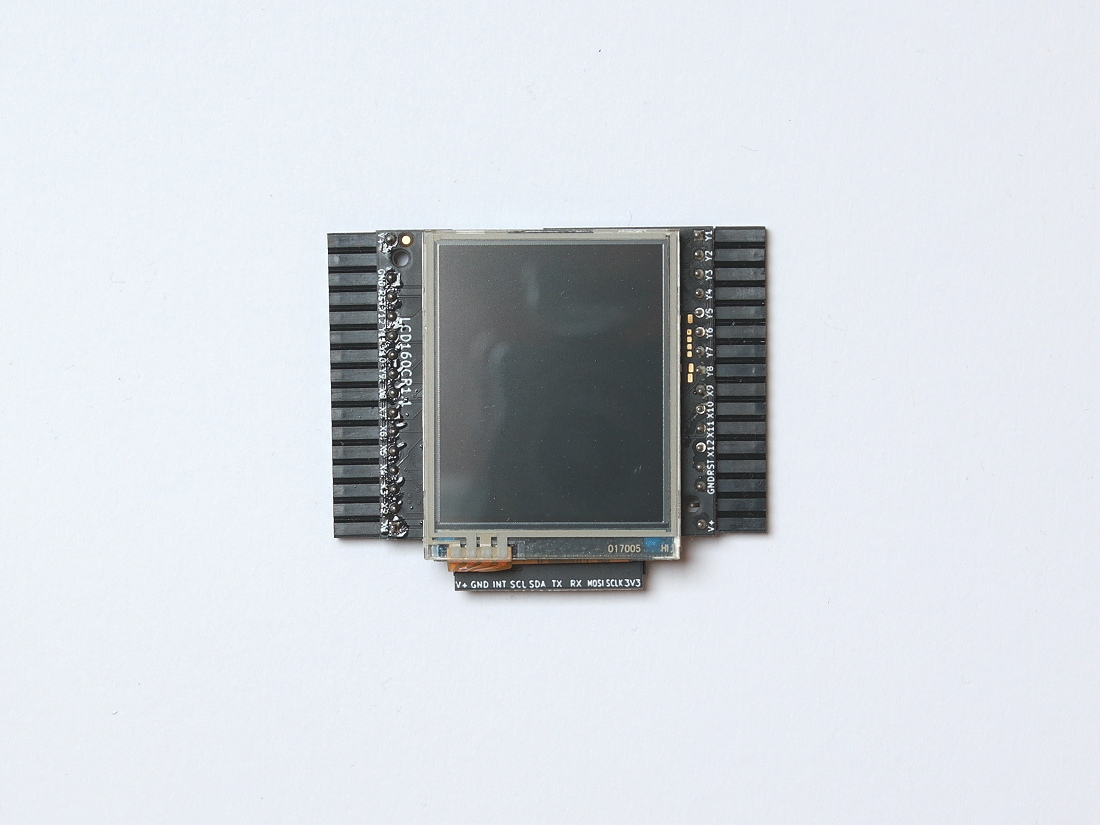 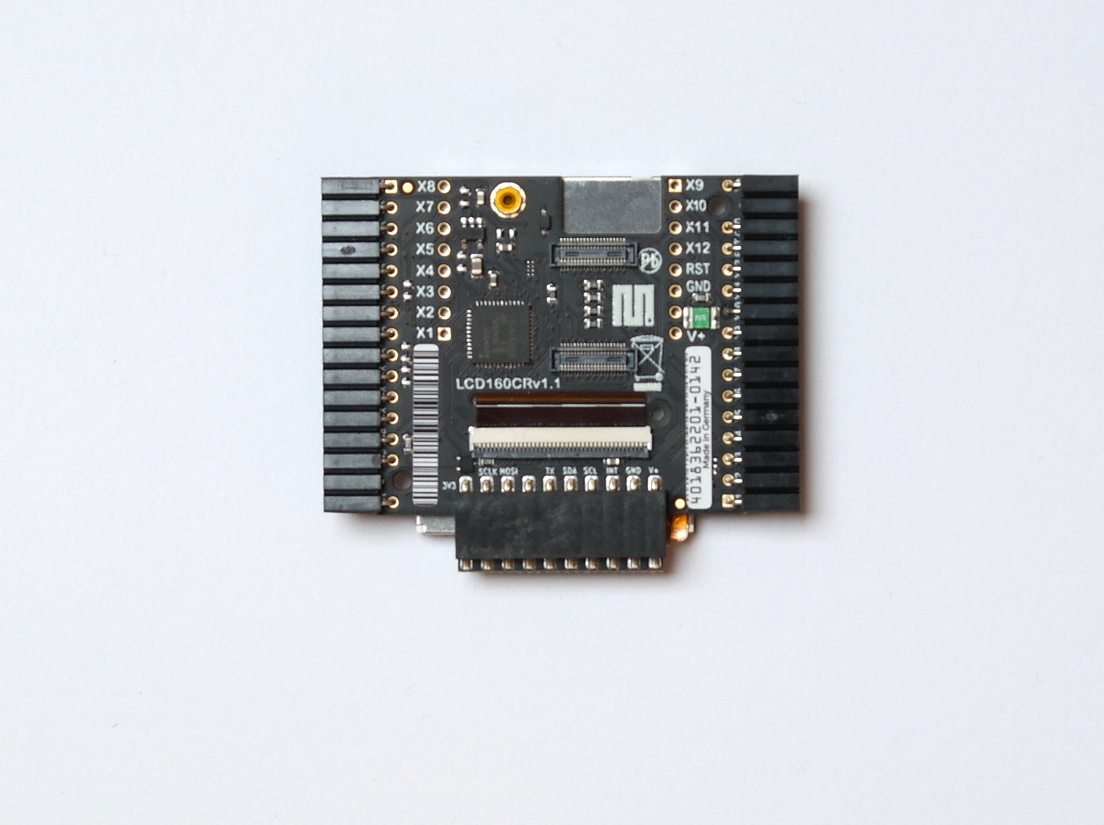 The colour LCD skin is a module that is fully compatible with the pyboard. It provides a 160x128 pixel, 16-bit graphical LCD display with backlight, as well as a resistive touch sensor covering the entire screen.

This version of the display comes with a connector on the rear side that can be used with jumper wires, and it also fits perfectly in the HOUSING-LCDB-1 enclosure.

Note that this product includes only the LCD160CRv1.0 display. The male headers, housing and pyboard are sold separately.